As the Black Trash cult continues to grow the lp BLACK TRASH will be more difficult to find in the upcoming years. If you want the black magick of the BLACK TRASH gods to work you can purchase the album from AMAZON here https://www.amazon.com/gp/offer-listing/B07HC8LQ5S
Posted by SAVOIR FAIRE at 4:17 PM 1 comment: 
“My music ain’t too political, but when I started to feel the rise of He Who Shall Not Be Named, I figured it was time for a Blacklash!”- Savoir Faire

We’re happy to announce that Savoir Faire has released it’s new single off the upcoming Double-LP “Black Trash” on Tantra / Ungawa and has been named one of the Top 7 Indie Acts to check out in 2018. Check out the debut single off “Black Trash” by Savoir Faire, “I’m So Stressed Out” here:

SAVOIR FAIRE is a sound. SAVOIR FAIRE is a spell. SAVOIR FAIRE is an incantation. And SAVOIR FAIRE is guitarist/songwriter/street-poet Tony Hi-Fi of the Crenshaw neighborhood of L.A., California. He has released his sleazy, skeezy sound (which he calls skleeze) into the unsuspecting music universe for a decade now, starting with the gutter-crawling Hooray For Hollywood, then the varied, melodic Street Of A Thousand Pleasures (which featured a song on hit series Sons Of Anarchy) and now his “trashterpiece” double-album Black Trash, a statement of purpose which lays his life of rock & roll survival, literally, on the line. While Black Trash contains his usual subject matter of vivacious vixens, neon nights and life-on-the-run from the ever-encroaching “man", it also contains shards of hard-won wisdom and truth about the Black Experience and how to process it in a post-Obama world. In fact, while he and his longtime producer Luther Russell (Those Pretty Wrongs, Robyn Hitchcock, The Freewheelers) were cutting a track called "Little Dose”, the election was taking a particularly bad turn. “While I was already heartbroken over a relationship gone bad, now my thought was fuck it, I don’t care anymore, let’s put in the work". Black Trash is a culmination of a life lived through the music that saved his soul, chiefly the genius of Chuck Berry, Johnny Thunders, Prince, The Isley Brothers, R. Kelly & Ty Dolla Sign, to name a few. In fact, it was the Black Godfather himself Andre Williams who first gave Savoir the confidence to find his voice. “Start taking this shit seriously, you’re on to something”, insisted the man who wrote “Bacon Fat”. Perhaps no other song represents the headspace of Savoir Faire than “(I’m So) Stressed Out”, a desperate cry for these times and what it feels like to be a butterfly under the ever-grinding wheel of a society that looks down on you for simply being born. Savor Faire is here to speak to the butterfly, speak to the street, like a lamplight illuminating the madness in the shadows. And of course, he’s always here for the ladies. ”We started Black Trash on Halloween nIght and ended on Valentine’s Day, and that was not an accident.” It certainly wasn’t, for Black Trash contains all the mysterious darkness and sexy romance of both.

Posted by SAVOIR FAIRE at 2:07 PM No comments:

BLACK TRASH! Savoir Faire's latest 20 song trashterpiece is nearly complete.
Longtime friend/producer Luther Russell (Freewheelers,Federale,Those Pretty Wrongs) is at the helm and lemme tell you it lives up to it's name!!! 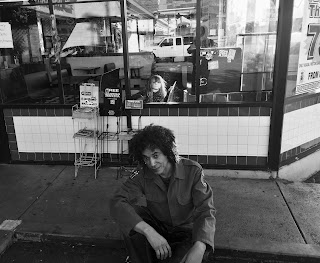 Posted by SAVOIR FAIRE at 11:01 AM No comments: 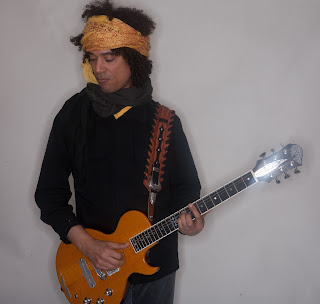 Come see Savoir Faire & Thee Voyeruristics, Saturday Febuary 18 at the fantastic Loaded located in Hollywood CA.
Savoir Faire will be opening for the mighty Blessings!!!
Plenty of rockin' soul for the night!!!

NEW ALBUM IN THE WORKS, SHOWS & TRASH IN GENERAL!!!!

Yes it's been awhile, but Savoir Faire has been busy in good way!
He is working on a 20 song lp produced by Luther Russell titled BLACK TRASH!
Think of it as Exxxile On Sleaze Street, you will not be dissapointed.

Savoir Faire just played a show at Redwood Bar & Grill last Saturday November the 19th with Scott Rankie and the band The Crazy Squeeze, it was a rowdy good time, hats off to all the bands! (sorry it wasn't announced here, my bad, not Savoir Faire's)

SAVOIR FAIRE "STREET OF A THOUSAND PLEASURES" CASSETTES HAVE ARRIVED!!! 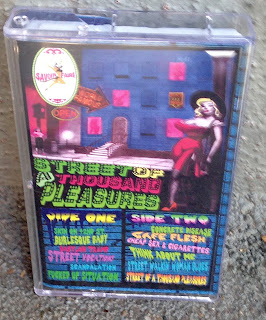 Posted by SAVOIR FAIRE at 7:50 PM No comments: